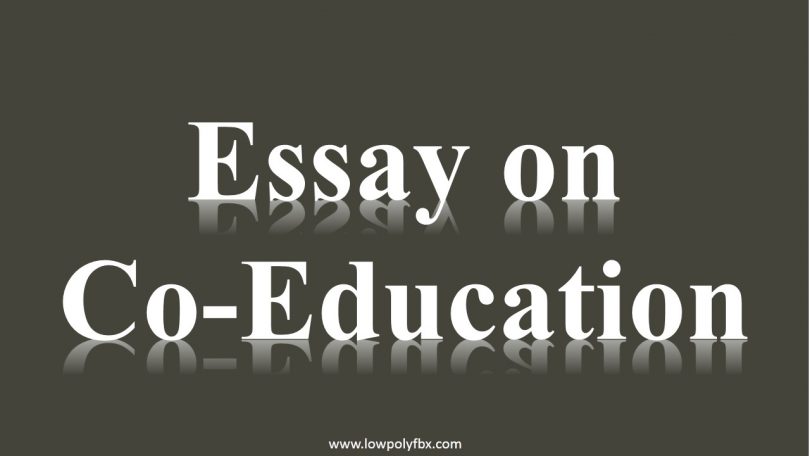 Co-Education is the system of education where boys and girls are given education together in the same institution. This coed system began to develop in the 19th century, and it today has become the standard in most cultures around the world. Then the first co-educational college was founded in 1833 in Oberlin, Ohio, with 44 students, although a full equal status for both genders did not occur until 1837. The first women graduating with bachelor’s degrees did so in 1840.There are advantages as well as dis advantages of this system.

So co-education is best for the under developing countries as well because they are not economically strong enough to provide separate institutions for both male and female.

Co-education Builds confidence in both boys and girls irrespective of the gender .when they are able to express their views and interact with opposite genders then it brings confidence among them which help them in their practical life ,so they can feel easy in front of anyone and can share their ideas and knowledge easily.

Co-education brings socialization in both boys and girls who are the future of the nation. Some people who were not educated in co-education schools often find it hard to socialize with the opposite since they are not used to interacting and talking to members of the opposite.

From the above discussion we have concluded that co-education is so important in this globalized, modern and developing world. It can promote equality among genders and people of different socio economic status. Co-education can promote better socialization and understanding among genders. It can increase the respect for opposite gender if promote positively with the improvement of academic performance as well. It can reduce the cost of education which will directly benefits the decreased resources. Looking at all these points we have concluded that co-education is beneficial for our society and our country.