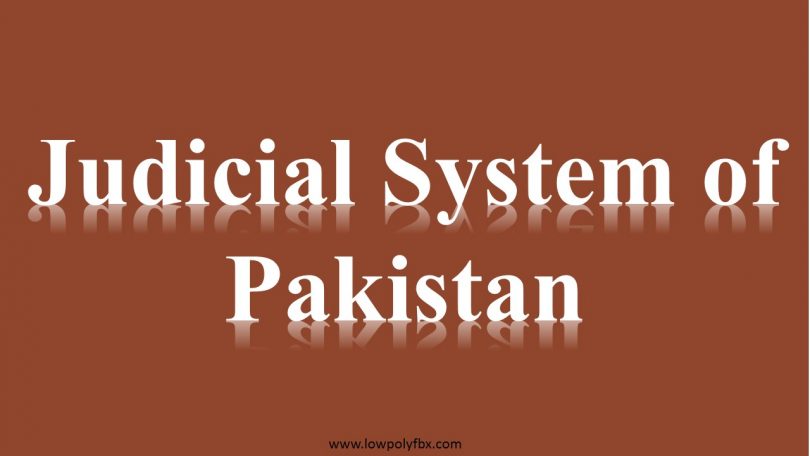 Whether it’s the matter to fixed the prices of sugarcane or the extension of Chief of Army Staff, judicial interference become a tradition. Instead of to provide relief and justice to the oppressed people of the society, which is foremost duty of judiciary, judiciary is doing all other works which are actually the tasks of executive and beaurocracy.  Judiciary use the custodian of fundamental rights of the people of the state as a tool and exercising his extraordinary powers which raises many questions on the judiciary as an institution. Its seem that the judiciary is most powerful then the parliament which is dangerous for the democratic state. Institutional friction is being created by these steps taken by the judiciary which creates conflict between the institutions .

Judicial review, by which a judge is generally found to be more willing to rule on constitutional questions and invalid legislative or executive action, comes into the definition of judicial activism. Judicial activism is a broader term used to define the process of judicial review, that is, a constitutional power conferred to the  superior courts to rule on the constitutionality of a law, statues , an administrative action, constitutional provision or amendment. The power of judicial review is exercised worldwide by superior courts because it is a powerful legal instrument in the hands of the judiciary to render ineffective all extrajudicial acts and policies of administrative, executive and legislative authorities. . When we talk about the Supreme Court of Pakistan, judges are more willing to ruin the action of another branch of government or defeat a judicial precedent without an implied judgment as to whether the militant decision is correct or not. Judges use their own views on constitutional requirements rather than taking into account the views of other officials or previous courts. As the Supreme Court of Pakistan exercises its extraordinary power, but today more often to verify the arbitrariness of various actions and policies of the state and government. Although this practice is not new in Pakistan, it dates back from the famous Maulvi Tameezuddin case of 1953 to Panama leaks case ,  more recently, to the most famous case concerning the extension of COAS Qamar Javid Bajwa, but this period is preserved. since 2007, mainly due to the active role of Chief Justice Iftikhar Chaudhary at the time and the law movement.

Judiciary interferce in the legislature matter since Molvi Tameez ul Deen case . The Governer General suspened the Assembely and this step was challenged by the speaker of Sindh assembly Molvi Tameez ul Deen in the Sindh High Court under the Writ petition of Article 199 . The High Court used extraordionary power and ordered  the assembly suspension null and void . The Governer General went to Supreme Court against this verdict . The Supreme Court suspended the verdict of SHC and gave judgement that  the step of assembly suspension was  legal . Actually this was not the juridiction of Superior Court to interfere in the legislative and constitutional matter .The Dosso vs State case was also the case in with the Supreme Court use extraordionary power . A murder took place in the Lora lai District of Balochistan by a person named as Dosso.He was arrested and was handed over to the Jirga . The Tribal authorities charged him under FCR, 1901.The relatives of Dosso filed a writ petition in Lahore High court against the decision of Loya jirga . Lahore high court heared the case under the constitution of 1956, and held its verdict in favour of Dosso.Lahore high court also declared FCR as an unconstitutional.The Federal Govt filed appeal against this decision in SC of Pakistan . SC decided the case in favour of the federal govternment .

The main regime of judicial activism started in the tenure of CJP iftkhair Muhammad Chaudhary when the Marshal Law was impossed by the Supreme Commander Musharaf .The CJP of that time took many sumoto action against the state and state institutions and continuously interfering in the legislative matters . He took sumoto action against the missing person abducted by the security forces continuously in Balouchistan . He summoned DG ISI and especially the IG of FCR several time in court . Missing person case and especially extrajudicial power use by the supreme court created conflict  between the judiciary and the army which became a cause of emergency 2007 by Musharaf  . It created the friction between two pillars of the state . The use of extraordionary power deligated to supreme court became the actual cause of Musharaf and Iftakhir Chaudhary clash .Iftikar Chaudhry has enjoyed a degree of power that is unparalleled . He does whatever he wantd, he went outside the law . He made extensive use of two once obscure legal tools like suo motu powers to investigate any issues of his choice, and contempt of court rules that bar the “scandalising” of the judiciary, which have been used to silence critics .

After Iftekhar Ch. tenure the Judicial activism stop and then started again in Saqib nisar regime . Saqib Nisar took a lot of sumoto action and use extraordinary power under article 184(3). He hit the institutions of the state directly. When CJP observed that the fundamental rights of people were infringed then he took action against the executive part of the government. Justice Saqib Nisar leaves behind a legacy of judicial activism of holding politicians, public servants accountable, rarely witnessed before, at the time when he assumed office. Justice Nisar with his unique style created his own reputation of upholding the rule of law, and making elites accountable for their actions. An important feature of the outgoing top jurists tenure was exercising suo moto powers regularly under Article 184 (3) of the Constitution, which allows the Supreme Court to intervene in public interest matters.

The use of suo motu is a revolutionary movement in the power relations between Parliament, the Supreme Court and the president . If the sumoto power is  used too much, it can cause total indignation and the rejection of elected officials to publish the Court’s judgments. This would destroy the credibility of the institution and make it as helpless as it was under the dictatorship. Some have even claimed that the recent wave of judicial activism has led to several cases where the judiciary and the executive are in conflict so much that they have no impact on decisions of the Supreme Court.  This can be harmful not only by engulfing the tribunal with political decisions but also  weakening the will of the executive to be proactive in the management of the affairs of the nation. The coincidence with which the court recently exercised its suo motu powers is also problematic.

However, due to lack of political will and proper legislation for making the concerned accountable, the issues are still persists. It should not be assumed that the Supreme Court of Pakistan entertained each and every case brought before it under Article 184(3). Court exercise judicial review when the matter fall within the purview of public importance and enforcement of fundamental rights . As Pakistan is a democratic country , No one is above the law . In pakistan , the institutions are not working well and almost all the institutions are disfunctional . So judiciary is the guardian of all the institution ,it will react when fundamental right are not protected by institution and exective branch or when its the matter of public importance . Judicial activism is beneficial for the system to work efficiently.